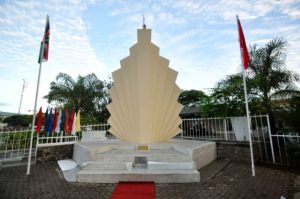 The SPDF is made up of a Regular and Reserve Forces.  A person may serve as Commissioned Officer or an Enlisted Soldier in the forces.

The strength of the Defence Forces is to have officers, enlisted soldiers and specialist work in a cohesive manner to make a strong and adaptable force that can respond to any threat and to perform any other functions of SPDF as lay down in the Constitution.