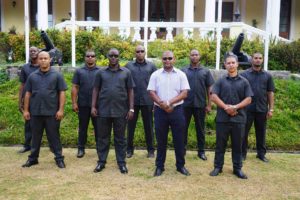 The Presidential Security Unit (PSU) was created in 1977 alongside the Infantry Unit in Sans Souci for protection duties of the Commander in Chief at his residence, during transit, at work and to include social gatherings. The unit underwent rigorous training locally and overseas in the initial days. Various instructors from friendly foreign countries also conducted training and made the unit into one of the most elite and sought after ones in the Seychelles Peoples Defence Forces (SPDF). PSU is located at State House and is administratively attached to the Special Forces Unit.

The standards of training, physical fitness and motivation of the PSU personnel is of the highest caliber. They are dedicated to their duties and routines. Their tasks are one of the most important in the country. Recruits to the PSU are chosen with diligence and care and are the best in their profession. These individuals are absolutely trustworthy, faithful, have a deep sense of commitment to their responsibilities and are forever in a competitive nature within themselves, to better and improve constantly their standards.

The selected recruits undergo exacting training schedules every year and are expected to maintain their fitness as such. Their job is of a very sensitive nature, therefore, no compromises are made on security aspects and a high level of maturity is expected from all of the personnel. 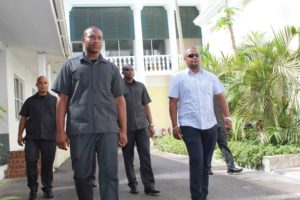 The unit was modernised in 2004 to ensure that the PSU security expertise and structure was matching new and emerging threats. Presently, the unit comprises a Personal Security Officer with the Personal Escort Section, an Advance Party, and an Intelligence Team with an Administrative Party. A recent comprehensive training capsule of three months is carried out in India for all the personnel in all aspects of VVIP Security, Room Intervention and Hostage Rescue Operations.

The PSU has also had the opportunity to train with other armies in Joint Exercises and have proven their mettle amongst the best in the world. Close Quarter Battle, to include precision firing with pistols and other smaller weapons, is the forte of the elite PSU. They perform with their counterparts from other nations and take pride in competing with them. Their employment of battle craft and field craft skills, foresightedness, decisiveness and daring attitude is what makes the PSU recruits stand apart from
the crowd. 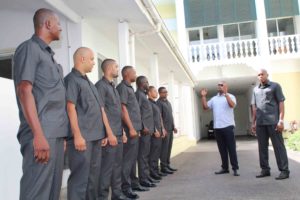