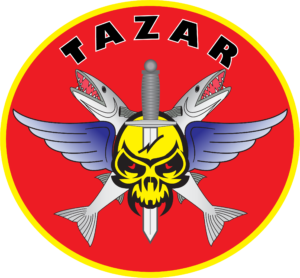 Located in the spectacular Sans Souci hills, the Special Forces Unit is one of the most attractive unit because of its vibrancy and dynamism. Many new recruits yearn for the excitement and privilege of a posting to this elite unit. Its personnel arc a special breed and proud of their uniqueness. 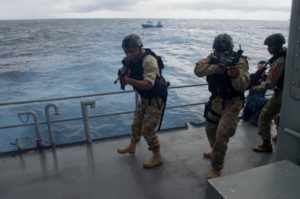 SPECIAL FORCES IN THE CUTLASS EXERCISE 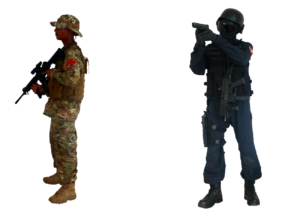 Understandably, soldiers posted to this outfit have to undergo tough and vigorous training to prepare mentally and physically lor the exacting tasks. Continuous training to achieve the objectives include endurance training, firing (reflex shooting, ambidextrous firing and precision shooting) and special weapons training.

The unit personnel are periodically embedded with the Seychelles Coast Guard for tasks at sea particularly with regards to piracy-related situations. Recent successes can be attributed to the steel resolve of the Tazar and excellent standards of training. 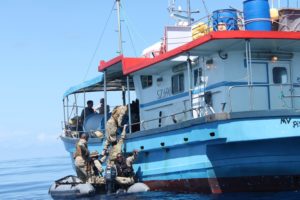