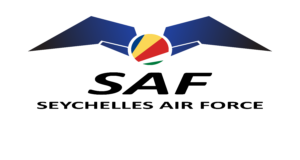 The Air Wing was formed in 1978 as a department within the Ministry of Agriculture and Fisheries. Under the guidance of Capt. David Plows, the Air Wing was initially tasked to patrol the EEZ of the Seychelles. Additionally, the Air Wing was also the focal point for the training of pilots. The fleet was later expanded to include a BN2A-21 aircraft, two Rallye 235E aircrafts and two Chetak helicopters.

In 1985, the Air Wing ceased to function under the Ministry of Agriculture and Fisheries and became a component of the SPDF as the Seychelles People’s Air Force (SPAF). A Merlin III B and a Citation V were purchased in 1985 and 1989 to add to the fleet.

Since it’s creation almost 40 years ago, Seychelles Air Force has played a vital role in Seychelles aviation by recruiting and facilitating training for almost three quarter of our local airline pilots.

Currently, the Air Wing has a DHC 6-320 Twin Otter, one Y12 and two Dornier 228 aircraft, all fitted with surveillance equipment and used extensively for Maritime Reconnaissance, Medical Evacuation, Coastal Patrol, Island Services, Transportation and Search & Rescue Operations. The SAF offers great opportunities for young and budding pilots in combat flying, engineers, technicians and aircrew. Aviation being a highly professional field, training is given to the most stringent and highest international standards. The SAF is also on an aggressive recruitment drive to meet the emerging challenges with regards to piracy. 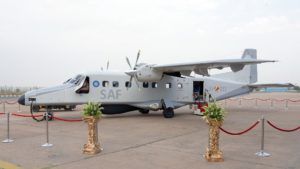